Lance Gokongwei Is Trying To Pandemic-Proof JG Summit, Here’s How

Lance Gokongwei Is Trying To Pandemic-Proof JG Summit, Here’s How 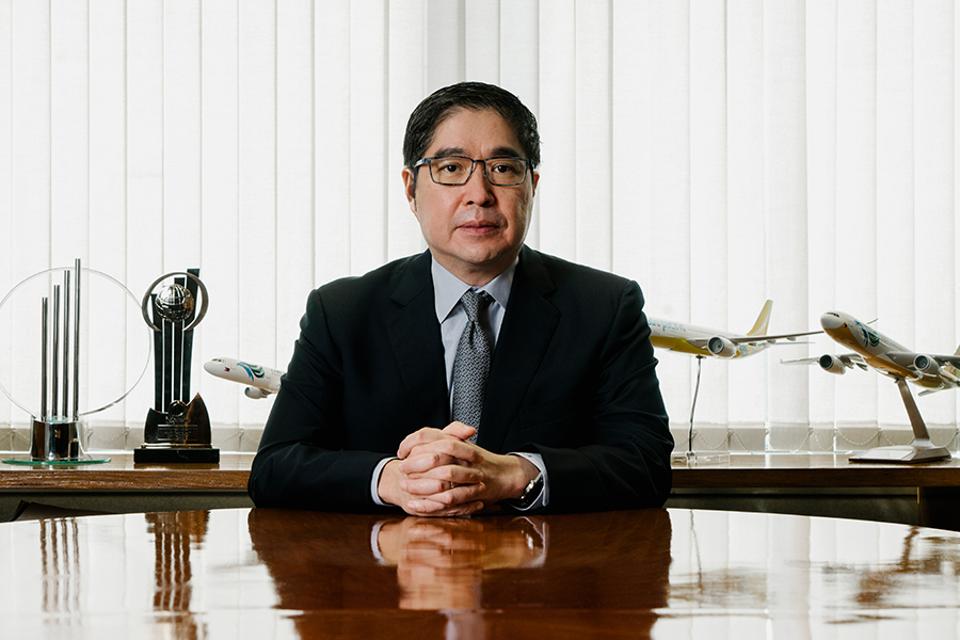 Lance Gokongwei enters a spacious but bare 43rd-story conference room at JG Summit Holding’s headquarters, with downtown Manila stretched out below. Wearing a face mask, he offers an elbow bump in lieu of a handshake and then takes a seat behind a transparent acrylic barrier for extra safety. The 53-year-old CEO of JG Summit, the Philippines’ third-largest company by market cap, puts a positive spin on Covid-19 reality. “It opened my eyes to a new way of working,” he says, adding that he’s now a fan of virtual meetings. This July interview is the first he’s given since the death in November of his father, John Gokongwei Jr., the company’s founder.

That loss was followed by another blow a few months later, when the pandemic struck and forced him to navigate one of worst crises in the company’s 30-year history. In JG Summit’s first half results to June, released in mid-August, revenues fell 26% year-on-year to 117 billion pesos ($2.4 billion), leaving the company with a net loss of 720 million pesos, down from a profit of 17 billion pesos a year ago. Prospects are dismal for the rest of the year, with the economy of the Philippines, where JG Summit makes most of its profits, expected to shrink by up to 8% this year. Despite the turmoil, Lance and his five sisters still have a combined fortune of $4.1 billion, putting them as No. 4 on the Philippines’ 50 Richest list.

The losses at JG Summit, however, were selective. Of its five main businesses—an airline, financial services, food production, petrochemicals and property—three turned a half-year profit. But those gains weren’t enough to offset losses elsewhere—more than half came from Cebu Air, which flies the regional budget carrier Cebu Pacific. The airline lost 9 billion pesos in the first half versus a 7 billion net profit a year earlier.

“You just cannot operate in an environment where you have four months of zero revenue.”

Thus Lance’s main focus is to stop the bleeding at the airline, as the company’s financial future now rests on reversing losses there. It’s a daunting challenge. Following a three-month lockdown in parts of the country, Cebu Pacific remains almost completely grounded, operating at about 2% capacity versus a normal 75%. Cebu Air’s revenue in the first half of the year slumped 61% from a year ago to 17 billion pesos. “You just cannot operate in an environment where you have four months of zero revenue. And foreseeably for the next—we don’t know—four, six, eight months, one year, there [will be] no revenue,” Gokongwei says. “There is no economic model for that.”

Gokongwei’s rescue plan? So far, he has laid off about a quarter of the airline’s staff (about 1,000 employees) since mid-March, scaled down the airline’s operations and shelved expansion efforts. To save cash, which halved to 9.7 billion pesos on its books in the first half, Cebu Air will cut capital expenditure by more than 70%, to 8.3 billion pesos, this year. To further trim costs, it has sent 14 of its 77 planes for storage in Australia. “We’re preparing for a much smaller future,” says Gokongwei, projecting the airline will operate at half its previous capacity by mid-2021 and won’t recover completely until 2023 at the earliest. Meanwhile, the company is preparing to raise fresh funds, he says, but declined to disclose details. 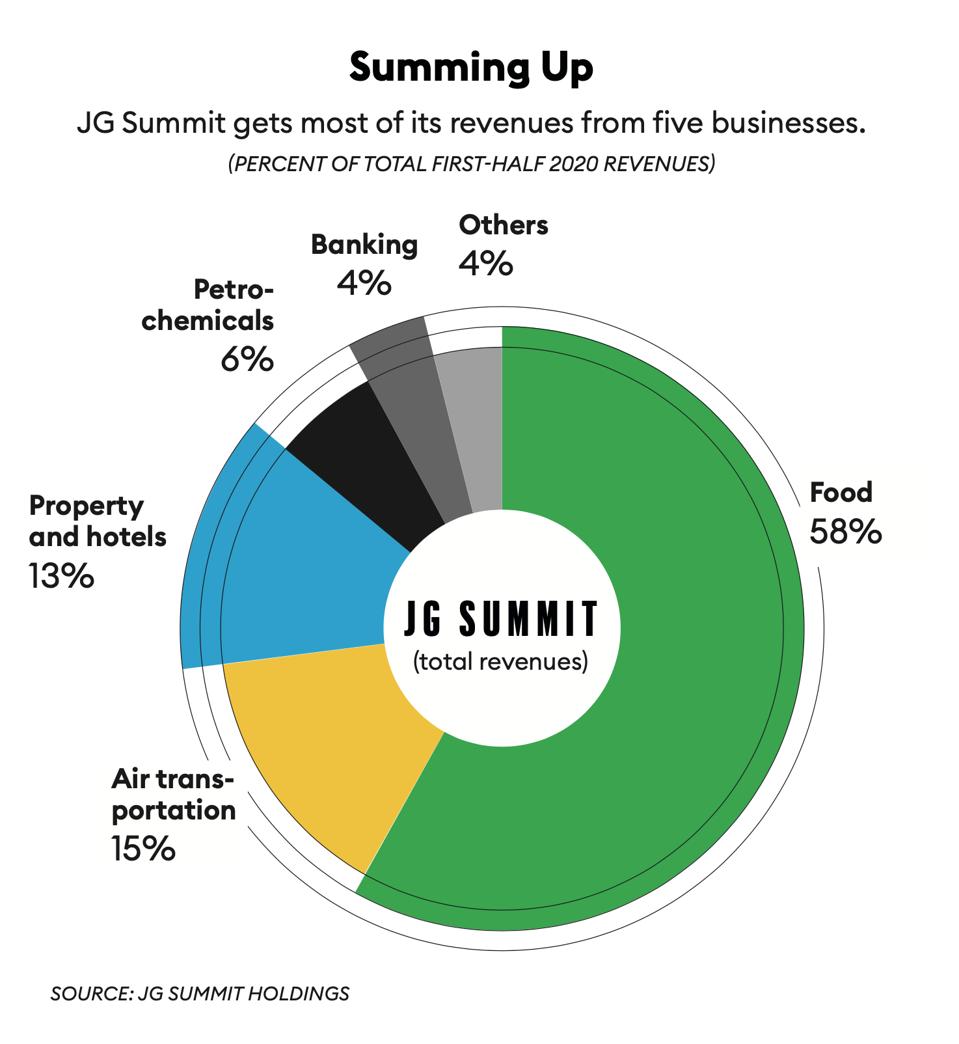 Before the pandemic, Cebu Air was one of Asia’s most profitable budget airlines, earning 9 billion pesos for full-year 2019, a fat 11% margin on 85 billion pesos revenues. Its debt-to-equity ratio is a low 2.2 (AirAsia’s ratio is 6.4). These figures mean Cebu Air is better positioned to weather the pandemic than some of its Asian rivals, says analyst Brendan Sobie at Sobie Aviation in Singapore. “The bad news is every airline is extremely impacted right now. Even those airlines that have a good long-term growth story have short-term pressures,” he says.

Orchestrating an airline turnaround wasn’t on Gokongwei’s radar back in January—instead he says he had been working on a growth plan for JG Summit. Such ambition is typical for Gokongwei, the only son in a brood of six. His father groomed him for years for succession. He excelled in his studies, graduating summa cum laude from the University of Pennsylvania with a double degree in engineering and economics—finishing the program six months early. “He really struck me as someone who knew right away what was important in a particular subject,” says Dennis Mendiola, the former governor of the Philippine Red Cross who was a year behind Lance at the University of Pennsylvania. Gokongwei joined the family business in 1988 after graduating, working a variety of posts to learn about the company. He recalls driving around Manila in a delivery truck, followed closely by bodyguards in a separate against kidnapping. (His elder sister had been kidnapped years before and rescued by the police).